This article is a stub. You can help Forbidden Siren Wiki by expanding it.

She has goals on the island that the characters can only guess at, and is far more than she seems.

She is an Offshoot from Mother, sharing her consciousness with her unlike the other doves, she is sent to Japan in order to kill Ryuko Tagawa (Offshoot B) for forgetting her purpose and to find someone who can help her free Mother.

She first steals real Yuri Kishida's clothes and identity, leaving her trapped somewhere, then she goes to Ryuko's apartment in Tokyo, and after a brief meeting kills her, battering her face with a blunt object over and over.

Exiting the room, he encounters Soji Abe, who mistakes her for Ryuko, and after knowing that he is been looking for being the main suspect for killing Ryuko he along with Akiko Kiyota follows her to Yamijima trying to find her and prove his innocence.

She is seen in the harbor by Mamoru Itsuki, she convinces a young sailor (Shijin Edo) into taking her to Yamijima, their boat capsizes, killing Shijin, but she survives and hides inside a hut until Mamoru finds her and saves her from Shijin.

Then Yuri trying to seduce and convince Mamoru to help her find her Mother, further on down the path, the 2 come across Takeaki Misawa and Yorito Nagai, who point their flashlights towards her, in order to save her from the imminent danger, Mother sends a Tsunami that wipes the island and separates them.

She is then seen at the Bright Win ferry by Ichiko Yagura (actually Otoshigo) and Yorito Nagai, who saves her from the Shiryo. Then she makes her way to the Yamijima Amusement Park where she rencounters Mamoru and tricks him into opening the 7 gates and freeing Mother.

At the sixth hour in the Netherworld, though Yuri's sight the "seven keys" appear as the seven gates are unlocked, but this is just how they appear to Itsuki, as theoretical seals. In reality, Akiko and Ikuko Kifune, with the essence of a dove, and Shu Mikami following the memory of Kanae, each remove the seals their own ways at Yamijima Amusement Park (all at different times). Afterwards, Yuri fuses with Mother's neck and "completes" her. 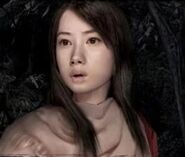 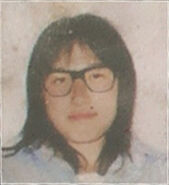