Yoriko Anno (安野 依子, Anno Yoriko?) is a character in Forbidden Siren. She is a graduate student that insisted on tagging along with her teacher, Tamon Takeuchi to Hanuda, as she harbors a crush on him.

The night before the first day, at the 23rd hour, Yoriko was sleeping in the passenger seat of Takeuchi's car. Takeuchi snuck out of the car without her noticing. An hour later, she left the car after realising that Takeuchi was missing. While searching and calling out for him, a siren rang before an earthquake caused her to lose consciousness for two hours.

At the 12th hour, unable to bear the dryness of her throat, Yoriko tried to drink from a spring on shrine grounds, but this angered Takeuchi, resulting in her being left behind. An hour later, Yoriko searches for her student ID. 16:00, Yoriko was discovered by Shibito, and startled and in a panic, she attempted to flee when she was saved by Akira Shimura.

She also displays a self-sacrificial mentality when she uses herself as a decoy to help out. Yoriko then bore witness to the umi-gaeri at the edge of village. Shimura, whom had been accompanying her, committed suicide. Despite being shocked, after a few hours, Yoriko finally reunited with Takeuchi, but she is shot by Akira, now a shibito and later take into the Miyata clinic by Shiro, where she meets Kyoya.

Shiro transfuses Kyoya's blood into Yoriko's veins, making her immune to transforming into a Shibito. Four hours later, she and Kyoya infiltrated the Shibito Nest, and through her quick thinking, secured a path that would be later followed by Harumi.

By midnight, they arrived at the Mirror Pool where the ritual was being conducted and saw the descent of Datatsushi. She was saved by Tamon before Datatsushi could attack her, but then they are separated once again; she is able to find him again eventually, but is yet again separated from him by a cascade of blood caused by Datatsushi.

Later, she breaks into the Takeuchi house to discover her teacher in an entranced state, and after beating his Failed-Shibito parents with a baseball bat, she pulled him away; what happened next is unknown.

Yoriko has a huge crush on her teacher, and she is quite abrasive and hysterical at times. However, she has a good heart, and has a surprising reserve of courage when called upon to fight. 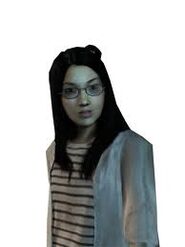 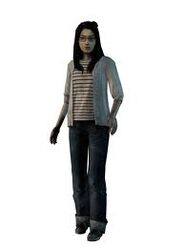 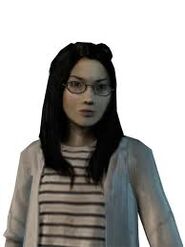 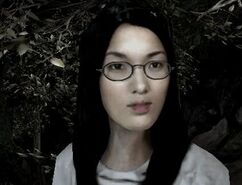 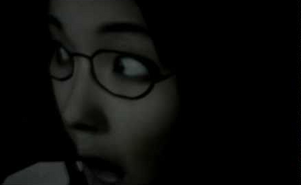 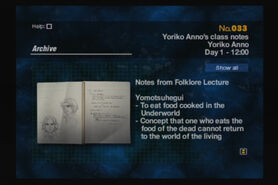